From the past few months, Toyota Innova Crystal have made a lot of headlines in media and finally the new generation Innova Crysta inaugurated itself in roads of India through Auto sports 2016. It is expected that Toyota Innova Crysta will soon launch in India by the festive season of 2016 as soon as the financial year begins. 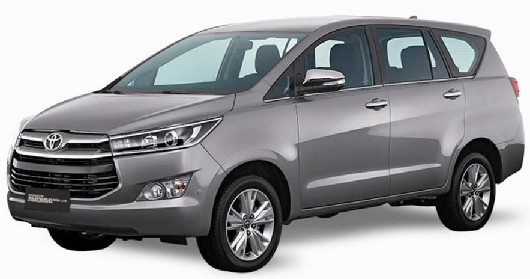 According to the plans made so far, the new Innova Crysta, in all likelihood, will be sold alongside the current model prevailing in the market. The new model Innova Crysta looks quite different from the Innova that is running in roads right now. The front of the new 2016 Innova is more aggressive compared to the ongoing 2014 model. Toyota Innova Crysta is given a SUV-like stance at the front with a large windshield, high seating and a large grille. With such large grille, Innova Crystra has a masculine look, a feature which will increase its sale to double, once it’s on road.

Toyota Innova Crystra Exterior feature: Toyota Innova Crystra has a SUV look, which makes it look masculine and tough. This new Innova is quite different in looks from the current model of Innova. The new Innova is 4735 mm long, 18830mm wide and 1795 mm high. The swept-back redesigned head lamp cluster is likely to get LED projector units. The front portion of the car now has modified bumper and new fog light design. The Side view and rare view is almost same though additions like restyled 17 inch alloy wheels, reworked wheel arches, a narrow C-pillar and thin chrome details around window-frame are made in the new model. Rear view profile has some cosmetic touch-ups like a changed bumper and boomerang-shaped tail light clusters.

Toyota Innova Crystra Interior feature: The new Toyota Innova Crystra has diesel engine which is a demanding feature nowadays. The front cabin is draped in two tone colour, making it look more attractive. The new model of Innova Crystra  interior has a 7-inch touch screen infotainment system along with voice command support, Bluetooth, USB port and AUX-In connectivity. The new model also comprises of HDMI input and web-browsing facility and Miracast Wi-Fi support. Seeing all these features, the new Toyota Innova Crystra is technologically advanced with amazing outlook. For any care, its engine specification is most important. The dated 2.5 litre KD series diesel engine of the current Innova model will be replaced with a new downsized 2.4 litre GD Series diesel power plant. Expected power & torque output for the diesel mill is around 147.6 Bhp and 360 Nm.

Toyota Innova Crystra esteemed price range is INR 10 lakhs to INR  16 lakhs. A lot difference between current Innova model and the new upcoming Innova Crystra is a key for the new car sale. The masculine SUV look of Innova Crystra is expected to be in high demand soon after its launch in early October 2016.